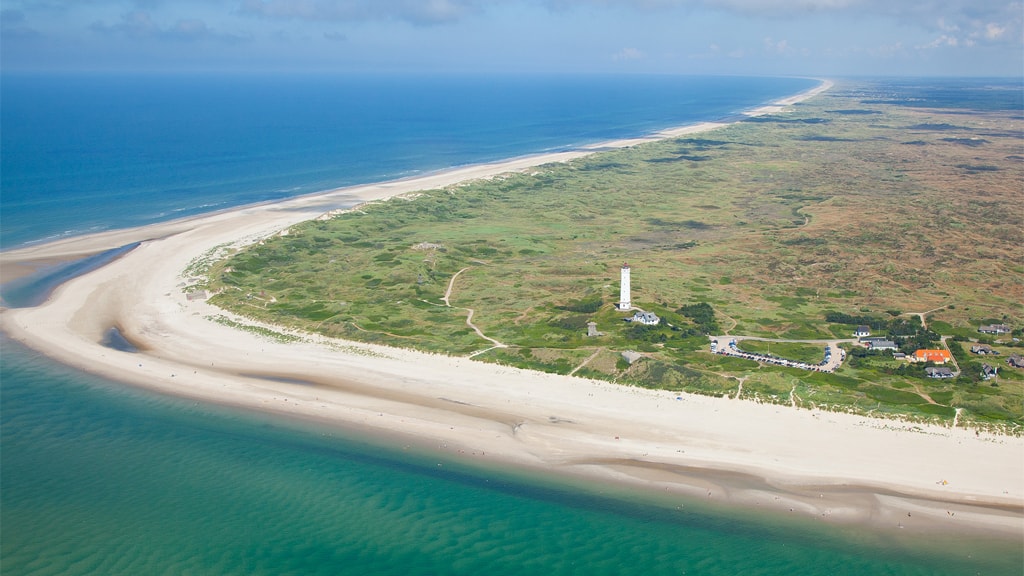 A visit at the most western point in Denmark, Blåvands Huk is an adventure. Here the huge lighthouse ads its very special character to the area. In this area there are perfect possibilities to observe birds in their natural habitat.

A visit at the most western point in Denmark, Blåvands Huk is an adventure. Here the huge lighthouse is with to give the area its very special character. When you take interest in birds, then here are very good possibilities to observe them. From the "Huk" streches the "Horn´s Reef" or the "Devil´s Horn" as it was called in the old days - 30 km out in the sea.

In the summer months of 2002, Elsam constructed the world?s largest offshore wind farm at the Danish west coast. The wind farm is sited 14-20 km into the North Sea, west of Blåvands Huk, and represents the first phase of a large-scale Danish effort to produce non-polluting electricity from offshore wind turbines. With the Horns Rev project it will be possible to determine whether or not the Danish Government?s ambitious energy plan is feasible. According to the plan, wind turbines with a total capacity of 4000 MW must be established in Danish waters before 2030. The wiev is fantastic from the top of the lighthouse, and in the old building of the ligthouse keeper there is an exhibition about the wind farm.

In the area is also situated the "Blåvand Naturcenter", where an exhibition about the westcoastnature is open to the public in the sommerhalfyear - free entrance.