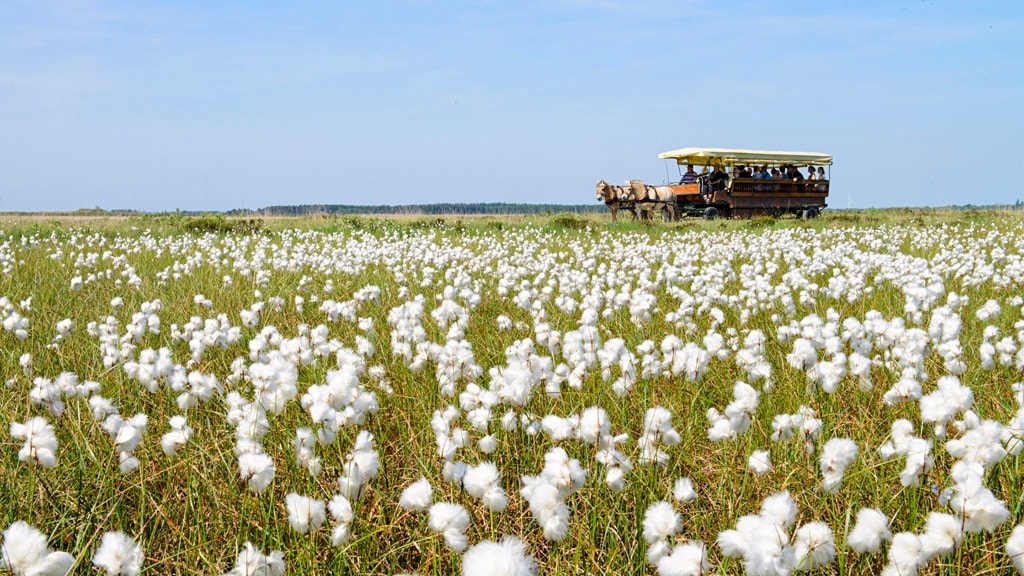 The largest heath stretch in the country. With 4,720 hectares Borris target range is the largest heath stretch in one piece in Denmark. The heathery areas are diversified by the valley of Omme stream, plantations and selv-sown willows and pine. The latter damages the heath and is cleared regularly. Fire lanes crisscross the area and are to prevent any fires to reach a harmful extent. Many rare plants make the area interesting for botanists.

The animal life is a chapter by itself. Rare birds like golden plover, great grey shrike, bittern and hen harrier breed here. The plentyful animal life is inspected by personnel from wild biological station at Kalø, and among others following observations are done: Since 1953 the roe deer population has grown from 20 to more than 1,000. The amount of curlews, which are the “logo” of the camp, does not vary, while the number of black grouses inexplicably is getting smaller.

Every year a certain amount of hunts are arranged and also the local inhabitants participate. Furthermore, the area comprises 14 burial mounds, presumably single graves from the period 2,800 to 2,400 B.C., and five of the Danish physicist Ole Rømer’s landmarks from 1691 to 1697.

The area is sealed-off. This is necessary since there is daily target practising in the area, and because there is a risk of unexploded ammunition which can be dangerous for non-technical to get in contact with. However, to make it possible to explore the plentiful plant and wild life of the area some entry rules have been made: Military personnel can only be in the area in connection with carrying out drills, shootings or other ordered duties. Associations can make appointments with the administration office of the camp about field trips organised and managed by personnel from the camp. Interested visitors – both military and civilian – can have a “ground permission” from the administration’s office which gives access to walk the roads of the ground for one day.

Anglers can have a ”fishing permission” at the camp administration’s office, which gives access to one day of fishing in a specified stretch at Omme Å – stream.