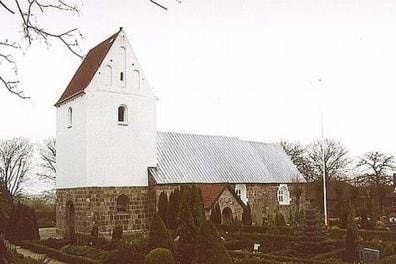 The main part of the building, chancel and nave - both with lead roof are from the Romanesque period - while the tower has been added in 1926. Altarpiece and pulpit are from the late 1500. On the northern wall of the nave there is a Gothic crucifix and a window opening where colourful cosaic windows were placed in 1957 made by the Danish artist Poul Hoem.

See all in this area
Last updated by
Destination Vesterhavet, Hvide Sande
turist@visitvesterhavet.dk