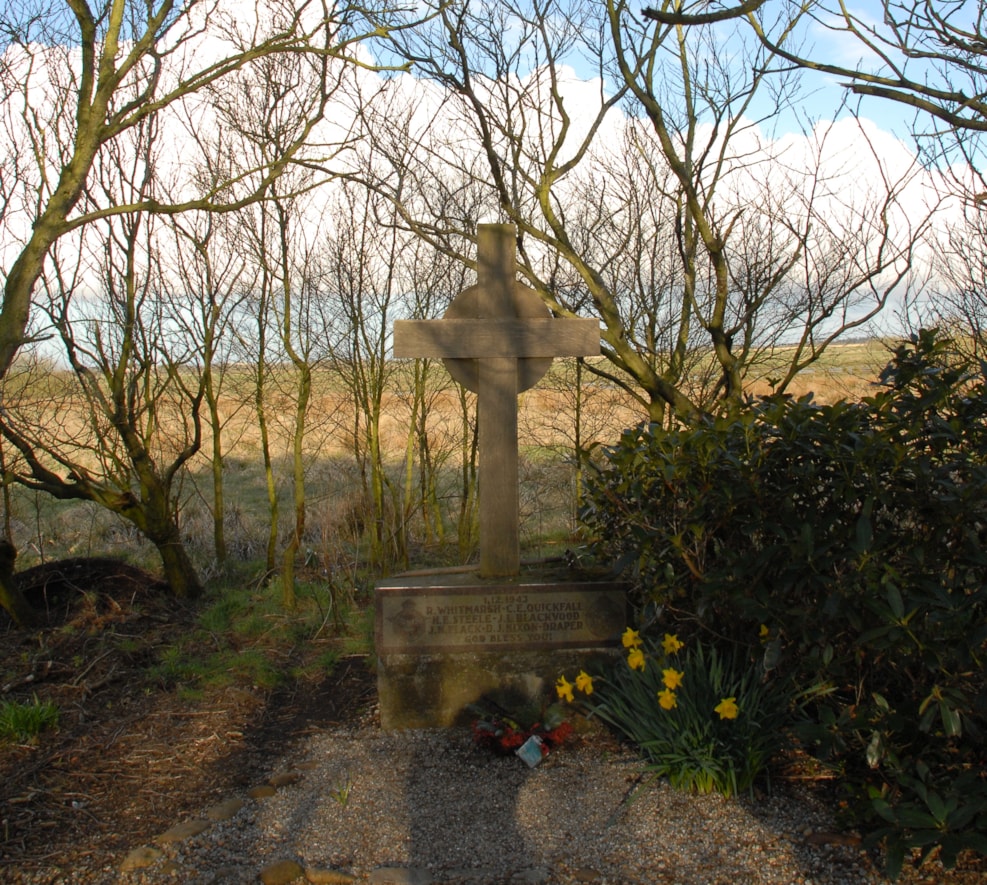 At Flyvergraven by Hemmet you will find a memorial stone in honor of an English bomber, which was shot down and exploded on the spot on December 1, 1943. On board the bomber there were 7 crew members who were killed and parts of the crew were found and buried in Mindelunden in Esbjerg.

The airplane grave at Hemmet is located some distance down a gravel road before you find a small grove. At the small grove, a wooden cross has been erected to commemorate the crew. In addition, one propeller stands as a landmark, as well as the wing, where you can see the fatal bullet holes.

On 1 December 1943, an English bomber was shot down and exploded on the spot. The machine was on its way back to England after it had been on a voyage to the Skagerrak to put memories in the sailing route from Frederikshavn to Oslo. There was room for 7 crew members on the machine, and it had a maximum speed of 450 km per hour.

The entire crew of its 7th man was killed, and parts of the crew were found and are buried in Mindelunden in Esbjerg.

The machine was shot down by a German who had been sent up from the island of Sild in a twin-engine Junker 88-c-6. By the end of the war he had shot down 58 Allied planes, and died himself in 1977 - 57 years old.