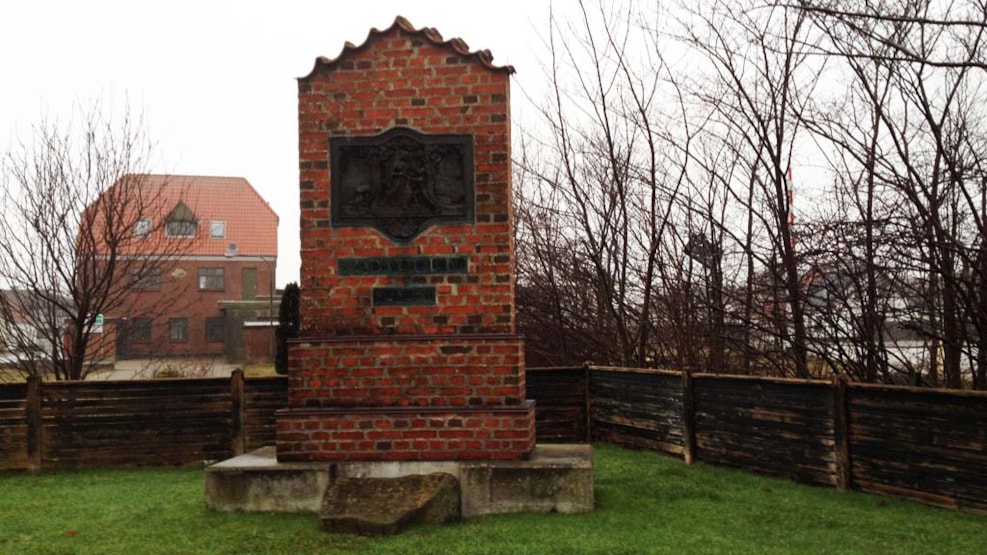 ‘Genforeningsstenen’ (‘The Reunion Stone’) in Tarm

On September 14, 1919, the Tarm Reunification Monument was unveiled in the presence of more than 2,000 spectators. The Reunion monument stands at Vestjysk Gymnasium in Tarm, and has been moved, demolished and rebuilt several times. Today, the monument consists of red bricks with a bronze relief illustrating a mother embracing her returned son while the sun is rising.

Tarm reunion monument was unveiled on 14 September 1919 in the presence of more than 2,000 spectators originally at Tarm Realskole (Now Vestjysk Gymnasium in Tarm).

It was the then principal S. Madsen-Mygdal who was behind the impressive monument. The monument's bronze relief illustrates a mother embracing her returned son while watching the rising sun in the background.

The monument has been moved, demolished and rebuilt. At the last re-establishment, a stone stands at the foot of the monument. Originally, the reunion monument was built in yellow stone with green glazed tiles. The current monument is instead built in red brick.

On the bronze square it says: "South Jutland won", and on the footstone it says: "The first reunion monument erected on 14.9.1919 donated by S. Madsen Mygdal made by Alois Max Krupa re-unveiled on 17.8.1971".