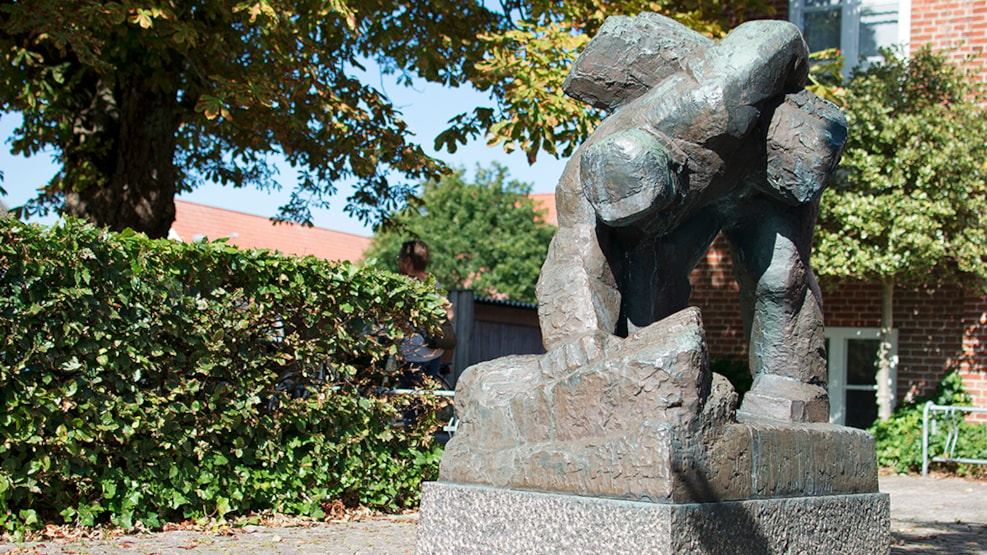 "Høstmanden" is a gift from the New Carlsberg Foundation on the occasion of Skjern's transition to a market town in 1958. The sculpture is made of bronze and was made by sculptor Bent Sørensen. It was unveiled at a ceremony on 29 May 1962, and is today located in front of Skjern Library's main entrance.

Høstmanden in Skjern was unveiled at a ceremony on 29 May 1962, and was placed in the town hall garden. However, it was moved in 1986 after 3 years of debate, and is now in front of Skjern Library's main entrance.

Høstmanden is created by sculptor Bent Sørensen, and is in the material bronze. The sculpture was originally named "The Man Who Harvests", and was a gift from the Carlsberg Foundation, on the occasion of Skjern changing status to a market town on April 1, 1958. The harvester was unveiled by Bent Sørensen's wife, and several participated in the ceremony from the New Carlsberg Foundation and Skjern City council.

Museum Of Modern Art Aalborg has a model of Høstmanden.