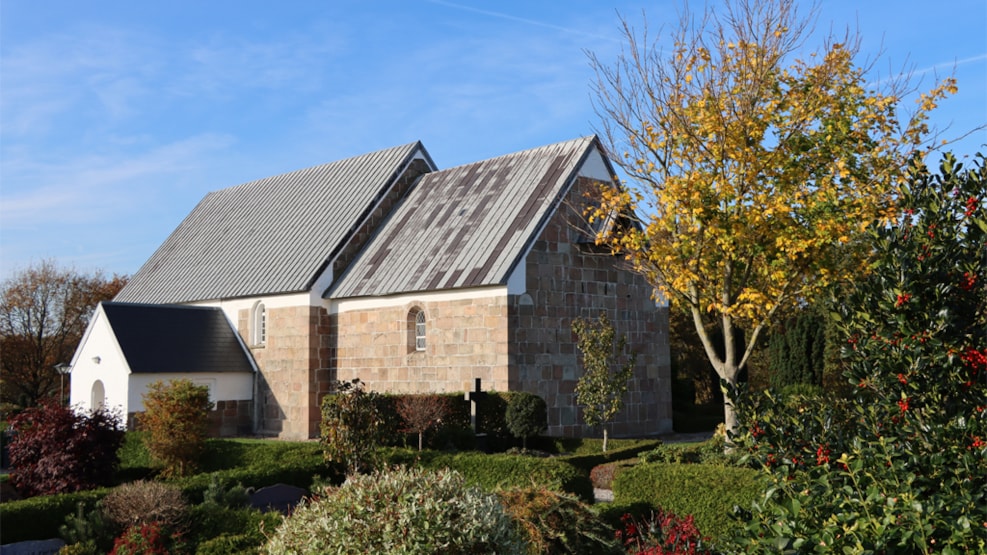 Hover Church is a completely unique stone church from the 12th century, as well as one of Denmark's oldest churches and is located as a characteristic landmark high above Hover Ådal. In addition, the church is also included in the Danish architectural canon, as the only village church. Inside, the church is also particularly marked by the remains of a 1907 fresco by Abraham, who is in the process of sacrificing Isaac.

Hover Church is one of Denmark's oldest stone churches and is a charred church. This means it is without a tower and shows how the old wooden church has been translated into stone. The church has retained its shape and appearance since it was built in the 12th century.

The roof and porch were added in the 16th century, while otherwise the church is intact with a simple plan. Hover Church is built with a central axis, a rectangular nave and an almost square choir. Almost all of the church's dimensions fit the Roman style.

The church is relatively large of a village church and testifies to a parish which has previously been much larger.

Inside, the church has an altarpiece from 1850, and a copy of Dorph's painting. The church's oldest wooden furniture is the two dean's chairs from the 17th century, and on the choir arch there are remains of a fresco from 1907 by Abraham, who is in the process of sacrificing Isaac, otherwise the church is completely clean.