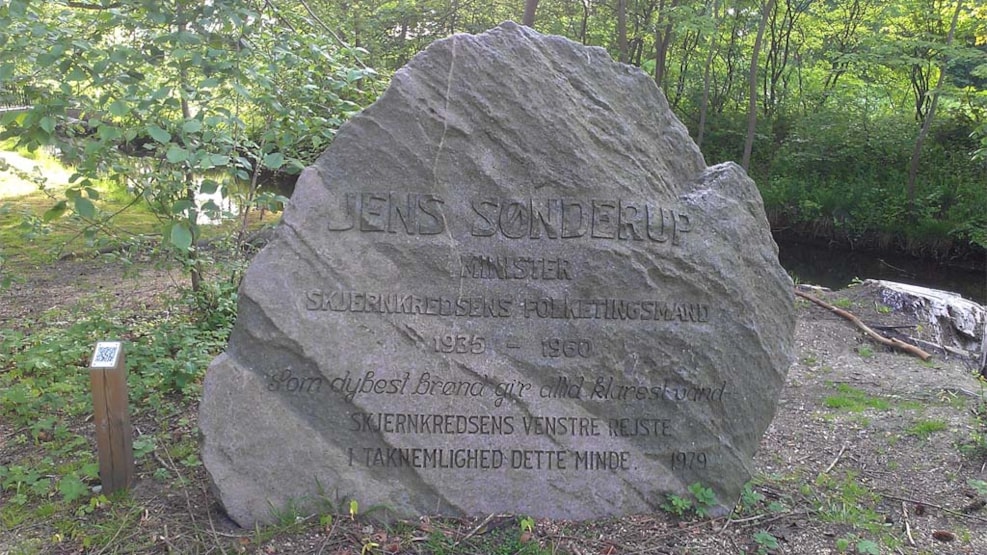 Memorial to MP and Minister Jens Sønderup (1894 - 1978).
The Stone was in 1979 raised by Skjern circuit union. Stonemason is Charles Vendelbjerg, Skjern

Skjern constituency left wing raised in gratitude this memorial in 1977.

When former parliamentarian Simon From, Fjelstrup in 1979 unvailed the Stone,he said among other things:
"Should one achieve something at the left wing, then the way went over Jens Sønderup". (Source: Skjern Dagblad 29.12.1979).