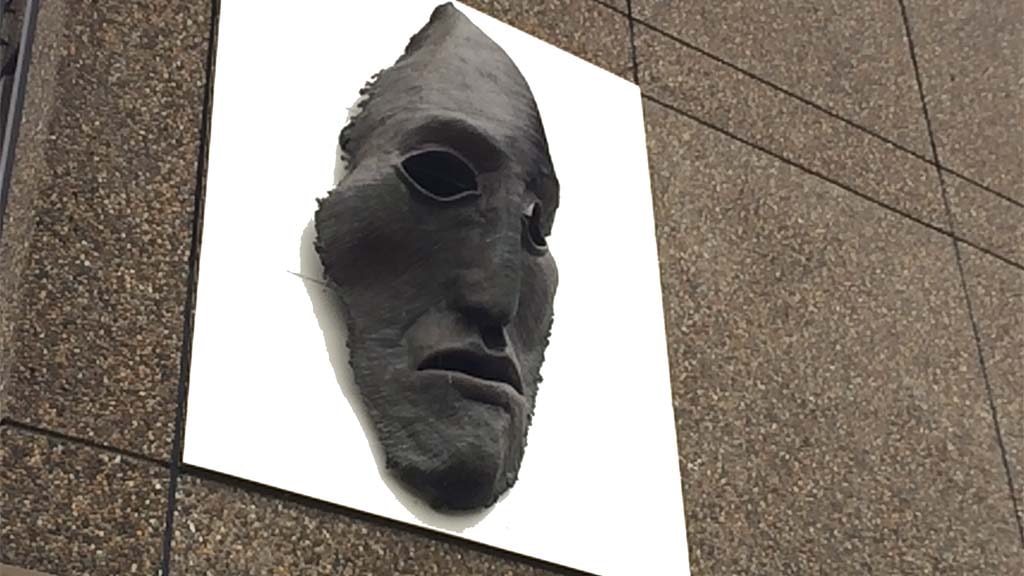 In Skjern og Tarm you will find two sculptures by the artist Jens Galschiøt. One is named "The Mask", and is located on the south facade of the Nordea building in Skjern. It was hung in 2011, and later the "Twin Mask" was hung on a white south gable at Apoteker Rasmussen's square in Tarm.

In 2011, the artwork "The Mask" by artist Jens Galschiøt was hung on the south facade of the Nordea building.

The mask is in bronze, and was later fitted with a white back plate which highlights the shape of the mask. Later, a "Twin Mask" was also hung on a white south gable at Apoteker Rasmussen's square in Tarm.

The two works of art were unveiled at open by night events in connection with this year's student graduations. On 27 June 2012, it was unveiled in Tarm, and on 28 June 2012 in Skjern. Behind the initiative is Skjern-Tarm Business Council, which provided the funds for the works through various funds.

Masks are often something you hide behind, to hide from others who is inside the mask. That is not the purpose of the two masks in Skjern and Tarm. The two masks will instead help to establish another bond between the two neighboring towns Skjern and Tarm.