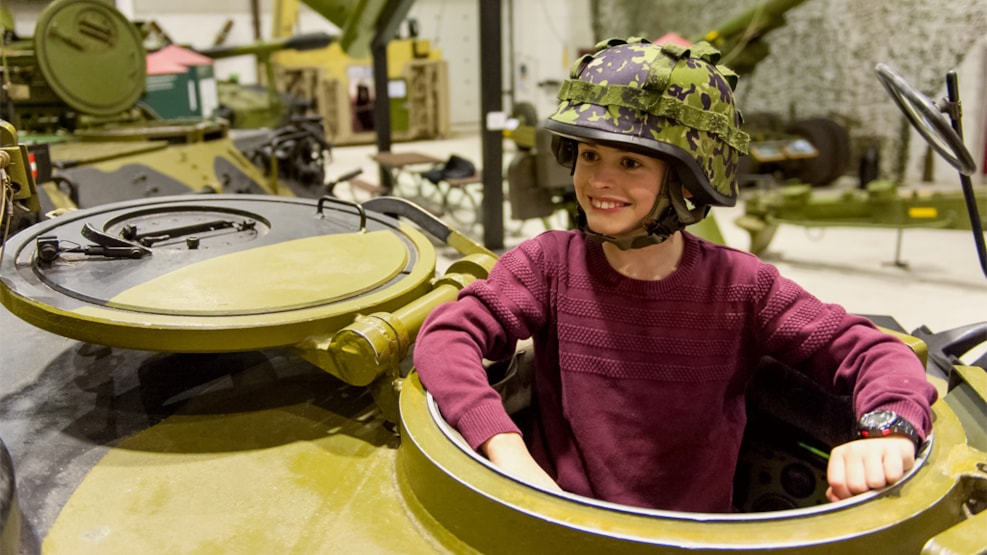 Are you familiar with the American Sherman tank that served at the front during World War II? Or the British Centurion tank, which for many years was the military's most powerful tank?

Or the British Centurion tank, which for many years was the army’s most powerful tank? There is also the famous “White Leopard” that took part in a clash near Tuzla in Bosnia-Herzegovina, the so-called Honest John rocket from the Cold War, and a bronze cannon from the era of absolute monarchy. Then there are uniforms from World War II up to today, small models, and a wealth of exciting tales about Danish war history. In the Panser and Artillerimuseet, you can unleash your inner nerd and get close to the most exciting tanks and cannons – and the best stories.

In the Military Wheel Vehicles exhibition, you can get up close to the different wheeled vehicles that have been used in the army since 1945 until autumn, 2000, and you can also climb into an armoured personnel carrier and get a sense of how little space the soldiers have.

In the hall you can see an example of the famous “White Leopard” that took part in a clash near Tuzla in Bosnia-Herzegovina – known as "Operation Bully Beating".

The exhibition shows the large American MGR1 Honest John rocket, which was part of the Danish artillery from 1960. The Honest John rocket was able to deliver an atomic warhead and reminds us of the seriousness of the Cold War.
You have the option of crawling into a self-propelled howitzer-armored personnel carrier designed as a firing centre, and you can don a fragmentation vest and kevlar helmet.

Discover the history of cannons

The exhibition features cannons from the Middle Ages, such as the Anholt cannon, to the beautiful old bronze cannons from the time of absolute monarchy, and fortress cannons from Copenhagen’s fortifications. The cannons have a great cultural history. Why were some cannons decorated with elephants and dolphins, for example? And why was one of the cannons called the “female cannon”?