It took almost 20 years to restore Skjern Enge (meadows) and bring the river Skjern Å back to its original to recreate the river's natural meanders; the result is amazing.

Skjern Enge (meadows) is once again one of Northern Europe's most important resting places for migrating shorebirds and waterfowls. The entire river valley with its bogs, meadows, and heaths is an impressive nature area.

The need for more farmland resulted, in the 1950s and 1960s, in a large drainage project in the widespread meadows along Skjern Å. At the same time, the last 26 km of the river Skjern Å was straightened into streamlined channels. It was a huge task; the project was the biggest drainage project in Danish history but it was also the last one.

A River Delta with a Rich Wildlife

In the 1980s, the situation changed and it was decided to restore the river's delta with its wetlands, twisting streams, and lakes with reed beds as it was before the drainage project.

It took almost 20 years to complete Northern Europe's greatest nature restoration project, and the result is amazing! Today all kinds of birds from spoonbills to white-tailed eagles thrive in the restored meadows and wetlands, and the original wild salmon stock that was near to extinction now returns to the river in great numbers to spawn.

There are two nature centers at the river Skjern Å; one of them lies near where the river Skjern Å flows into Ringkøbing Fjord in Botoftevej 4 in Vostrup; the other lies a bit further up stream between Skjern and Borris at Ånumvej 161B.

The first nature center, which is called Skjern Enge, has an exhibition about the bird life in this area. In the yard, there is a barbecue, chairs, and benches free for everyone to use.

The other one, which is called Naturcenter Skjern Å, has an exhibition about life in the river Skjern Å; among other species, about the famous Skjern Å salmon. Here you are free to use the covered barbeque area with tables and benches. 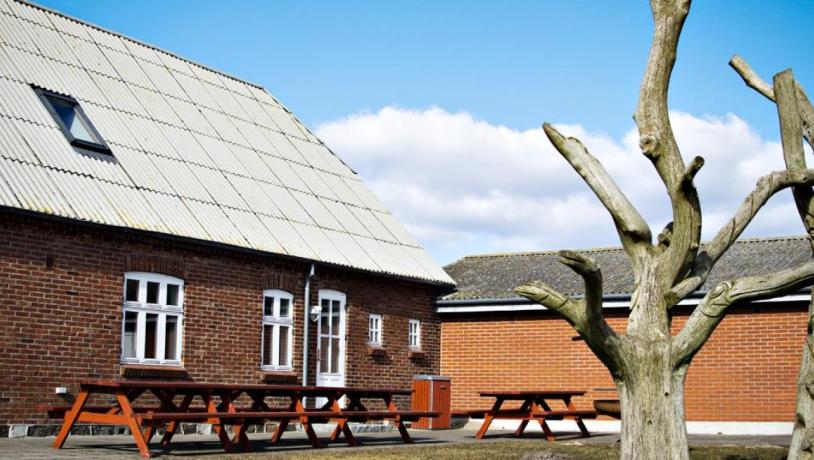