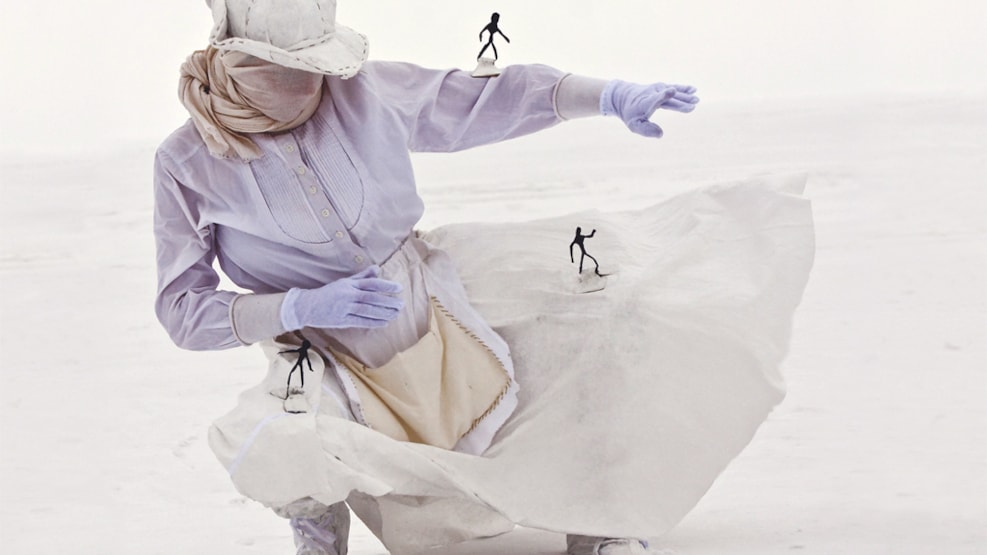 Teatret OM is an international theater group which was founded in Rome in 1989 by actress and set designer Sandra Pasini and visual artist Antonella Diana. In 1996, the theater became Danish, and since 2006 has been a local theater in Ringkøbing-Skjern Municipality.

Teatret OM is aimed at a wide audience, and makes theater performances for adults, children, street parades, installation performances, exhibitions and workshops for children and adults.

The group consists of actors, musicians and a scenographer. In the performances of the actors merge physical work with images created by the set design and props, all added live music

Teatret OM Has a permanent venue in Ringkøbing, but the theater also performs at festivals, schools and libraries. The theater OM tries to bring its work out to places where there is usually no theater. Therefore, the theater's performances have also been performed in prisons, hospitals, museums, nursing homes and slums in South Africa.

This is because Teatret OM rests in and develops its artistic mission. Therefore, the theater challenges its art with all human senses, and they take advantage of the new digital possibilities.