The youngest of Denmark’s lighthouses is located on Holmsland Klit. Lyngvig Lighthouse is one of this area’s most popular tourist attractions. From its top you’ll get a great view of the sea and the fjord and the narrow strip of land which is the home to Hvide Sande and Holmsland Klit. 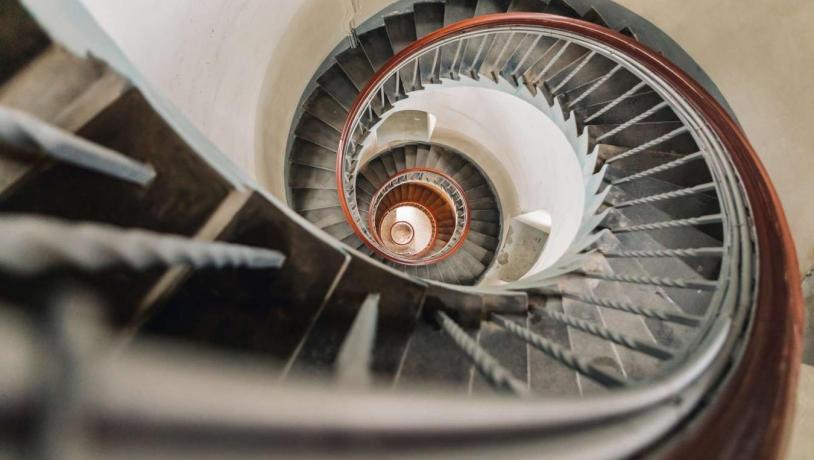 A tragic accident on the sea in 1903, where 24 sailors lost their lives, resulted in building this lighthouse. The lighthouse stands on a 17 meters high dune and is 38 meters high. There are 159 steps to the viewing balcony, added to 69 steps from the base of the dune. The Its lights can be seen from very far away - in clear weather for up to 50 km away.

Today this lighthouse has no function for sailors, but it is a wonderful landmark for the entire area. There are still people who remember what the lighthouse used to mean. For example Anna Marie Nissen, who grew up in Hvide Sande, but later moved to East Jutland.

- In 1950 I was a part of the beach watch with a group of other people. That means that we were volunteers, walking up and down the beach, during storms, when the ships were at risk. We walked in pairs from Hvide Sande to the lighthouse, where we had a cup of coffee in lee from the wind for a short while and then we walked back again. The lighthouse keeper called in the beach watch and then we were given a schedule and a route to take along the beach. There were also beach watchers walking from Søndervig to Lyngvig, she says and elaborates:

- I’ve never seen a ship in distress on the North Sea, but it did occur. Our job was to hurry to the lighthouse and tell them what we had seen and the approximate location of the ship. It was a special thing to walk on the beach in the stormy darkness, when the sea was roaring right next to you. Many times we had to climb the dunes, because the water reached their base. There weren’t that many holiday homes then, but there were some, and the tourists we met often asked what we were doing. For them it was very strange, that we were walking there, but for us it was a natural thing. Many locals lost family members and loved ones to the sea and many experienced shipwrecks, where they had to take care of the survivors and even the dead.

Lyngvig Lighthouse is the youngest of the lighthouses on Jutland’s west coast. It was built in 1906 and lit for the first time on November 3rd. 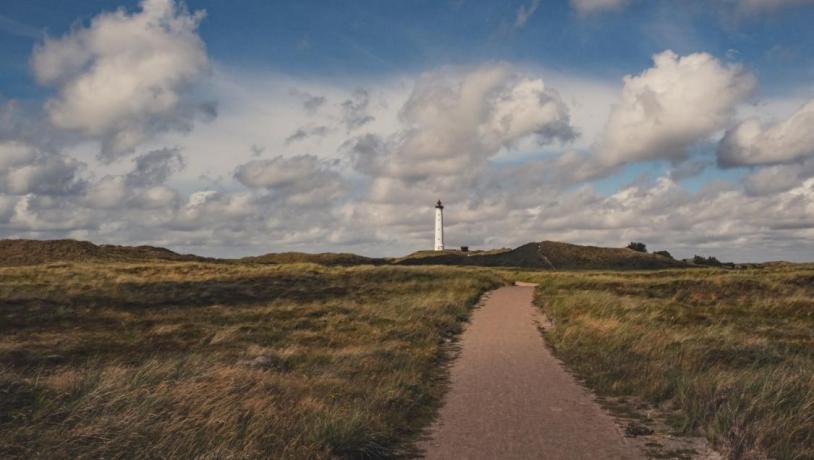 In the beginning of the year 2000, the light in Lyngvig Lighthouse was changed with a natrium loaded lamp, which gave off a white, blinking, but stationary light, to the great disappointment of both locals and tourists. A group of dedicated people fought for getting the swaying yellow light back and on December 23rd 2013, it was lit for the first time, to the great joy of many people.

Many people spent that night walking around the area, enjoying the soft light that swirled around, like in the “old days”.

Visit the lighthouse for a great experience

Even though today, the lighthouse doesn’t have a function, it’s still quite the adventure to visit this historical lighthouse. Many go here on their bicycles, but you can also walk or drive here.

And it’s worth the trip. Because apart from the lighthouse and the magnificent view, at the base of Lyngvig Fyr you’ll find the lighthouse keeper’s house, where there is a small shop. If you need a rest, you can sit down in the cozy café here.

Read more about this attraction here.