The Seamarks along the Danish West Coast

25 unique seamarks once towered over the dunes along the Danish west coast. Today, only 11 of them remain. In Vedersø, locals took it into their own hands to save their seamark and local cultural heritage from a watery grave.

The areas along the Danish west coast used to be a busy trade route in Europe; Brits, Russians, Germans, and the Dutch often sailed that way with their goods. Back then, travelling by sea was the fastest means of transportation; this was of course long before the Autobahn and aircrafts.

Many ships didn’t make the trip through the treacherous North Sea. Navigational equipment back then was primitive or simply non-existent and hundreds of ships therefore capsized because they miscalculated where they were sailing. In order to help seafarers find their bearings, the local population erected seamarks, also called ‘båker’.

Between 1884 and 1885, 25 seamarks were erected of which the sea has mercifully spared 11 to this day. Every seamark is a unique geometrical figure that functions as an identity marker to its area. The remaining 14 seamarks were swallowed up by the ravening sea which eats a little bit of the dunes every year. The beneficial effect of the seamarks was obvious soon after they had been built, in the late 19th century. Fewer ships wrecked because they were able to use the seamarks to navigate the North Sea.

The seamarks, that used to have an important practical function as primitive GPSs for sailors, are now primarily important to those who travel the hilly dune landscape. Just like in other places on the North Sea coast, the seamark in Vedersø is part of the local identity and reminds people of this area’s dramatic past by the sea. All eleven seamarks are now protected, being part of the Danish national heritage.

The Endangered Seamark at Vedersø

A few years ago, the seamark in Vedersø almost suffered the same sad fate as many of the other seamarks. However, a group of holiday home owners set out to save the local ‘båke’ which was sitting in a very exposed position in the dunes. This private initiative made sure that the necessary permits to move the seamark further inland were obtained and, financial-wise, the holiday home owners applied for support from a foundation created by the Danish worldwide shipping company A.P. Møller Maersk.

In 2011n the salvage was finally complete and even the original wood from 1884 was preserved. The endeavour helped to salvage a cultural heritage of national importance, which saved countless lives in its day. Today it remains an easily recognisable navigational marker on land, and at the same time it is a reminder of back when the Danish west coast was a busy and dangerous trade route for all of Europe.

Would you like to learn more about the rough life along the North Sea before GPS and other modern navigation eqipment, go visit Strandingsmuseum St. George i Thorsminde. 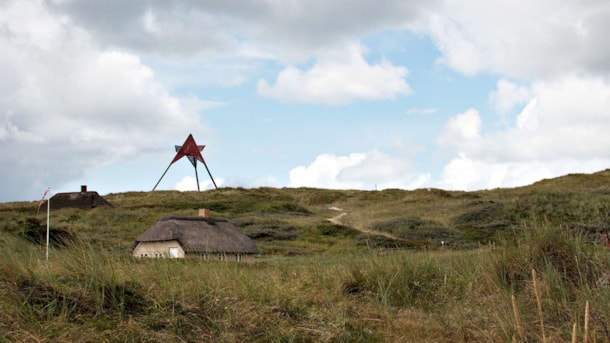 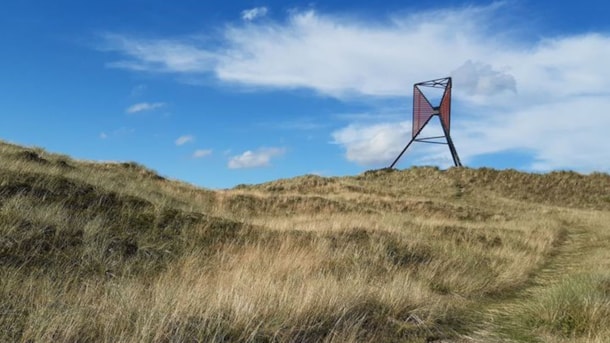 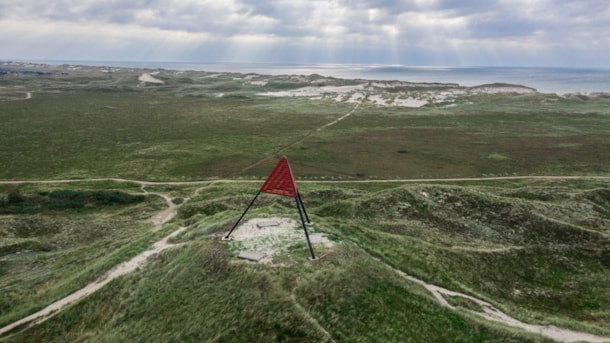 The seamark in Haurvig is a beautiful hillside along main road 181 on the west coast of Jutland. By the hill there is a parking space, which gives access to the top, with a unique view. 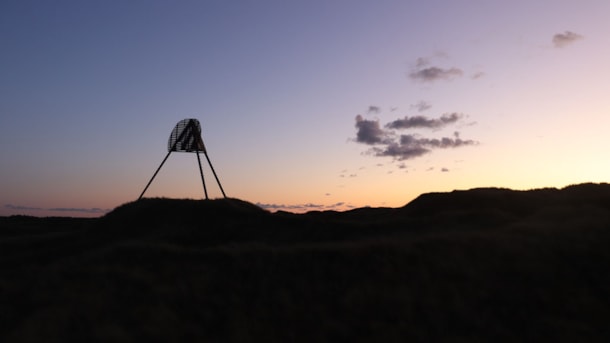 The seamark at Kærgaard was built in 1885, and protected in 1997. The sea mark is at Kærgård Strand, which is a beautiful sandy beach between Børsmose and Henne Strand. Right next to the sea mark, the... 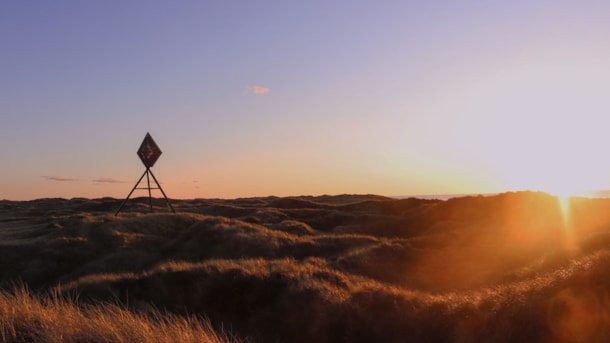 The seamark in Ringbjerge was erected in 1884, and renovated in 1899. The 13 meter high seamark is located 2 kilometers south of Vejers Strand, and was protected in 1997. The area around the seamark i...