During World War II, many bunkers were built along the entire West Coast. These raw concrete structures have since the war stood on the beaches as a reminder of a different time. Many planes were shot down from the bunkers, so there are therefore several airmen's graves in the area.

During Denmark’s occupation there were approximately 100,000 German soldiers in the country, and until 29 August 1943, Denmark had a collaboration policy with the Germans. But after the August uprising, the government stepped down, strengthening the opposition's resolve, and the German security police tactics unfortunately became more brutal. In Denmark, approx. 85,000 people participated to a greater or lesser degree in the resistance movement, and here in the area the resistance struggle had a particularly noted voice in the author Kaj Munk. He was one of 102 Danish partisans who were executed, and today his home in Vedersø functions as a museum. Memorials have also been erected in Varde and Torsted for other patisans who died during the war. 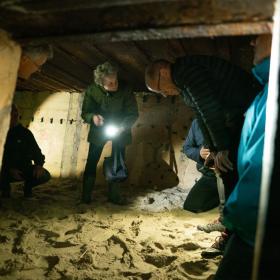 The Atlantic Ramparts and bunker positions

During World War II (in the period 1942 to 1945), the Atlantic Ramparts were built on the north and western European coasts from Norway to France. The... 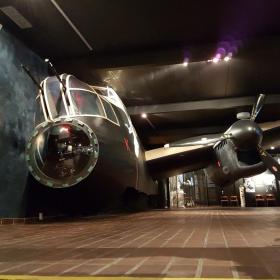 During WWII operations, 300 allied aircraft crashed into or near Denmark. Of the fatalities, 1160 were buried in Danish soil, 80 in other countries, a... 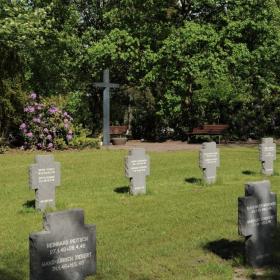 Post-war era – Refugees and mine clearing

At the end of WWII, approximately 350,000 German refugees arrived in Denmark, and more than 200,000 of them remained in Denmark after the liberation, ...

Ordinary citizens and the business community were affected by WWII in many ways. There was a shortage of products, and the fishing industry in particu...